The boys are back and things here are getting more and more involved and offbeat.  This issue revisits Hitler at the beginning of his reign where we see him and Goebbels discuss the first acts to do and the reveal of what he’s planned for the Reich’s new flag.  Only our boys aren’t the ones here at this time as we see two different agents are the cause of the Reichstag fire and what happens here doesn’t bode well.

Our boys however make the jump and end up in Spitafields, London in 1888.  Their mission comes as well a major surprise but it’s one that well I gotta admit explains a few things history wise and has the potential for creating that ripple effect which can go a long into the future as well.  Their bags contain Lorre uniforms so they are coppers at this time and you’ve really got to hand things to Alex here because what he does with the interiors is something wonderful.

We really have this chance to see how much Alex has grown and matured as an artist here and what he brings us of this time in history is incredibly beautiful.  Page twelve with the buildings are intricately done and amazing to behold it’s a moment you realize you seen the emergence of a great talent hitting his stride.

I’m a little surprised by the seriousness this story has taken, granted there is still plenty of that humour we’ve come to expect but there’s a deeper thing happening here that really hits the reader.  As the boys realize where and when they are and who the target is the actions kicks into overdrive.  With one look at a victim laying splayed out in an alley there’s no doubt as to whom the boys are looking for.  Again this was a very tasteful way to demonstrate the horror of the situation and while it’s gory and bloody it isn’t over the top or vulgar it’s just well done.

Alright we know that James and Simon have had to do some unseemly stuff to ensure that the timeline remains intact but this one takes the cake.  How they complete this horrifying, for them, mission is thankfully filled with the levity I’ve come to expect out of them.  Though once inside the carriage the boys notice the man’s shoes and there’s a symbol on them that has significance and hopefully we’ll see more of the ramifications of that soon enough.

I do like that the boys are seemingly in over their heads here as they continue to get the job done but sometimes act more like Abbott and Costello than season agents.  Still I can see and feel that they are going to be embroiled in something they just aren’t prepared for and it’ll all be set up by the Sing.

Folks I cannot stress enough that you should be reading this series!  Find it, ask your store to carry it or if your subscription service can get it because it’s books like this that make reading comics fun.  With a great premise, wonderful writing and characterization alongside some really good solid artwork this is one of those titles that should be sought out. 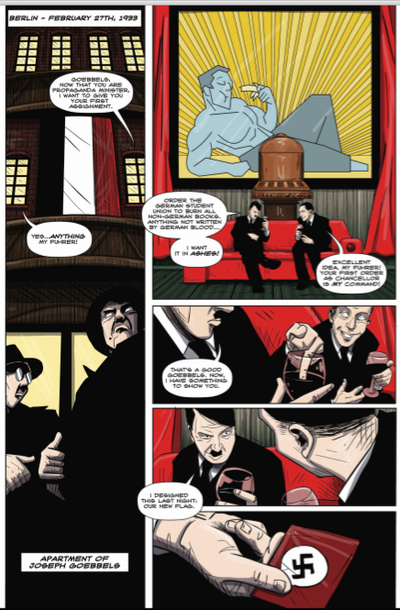 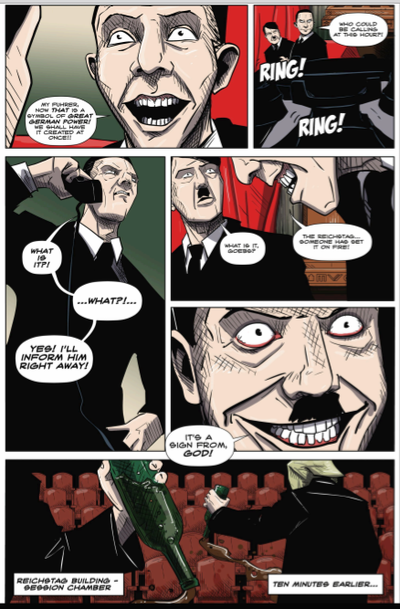 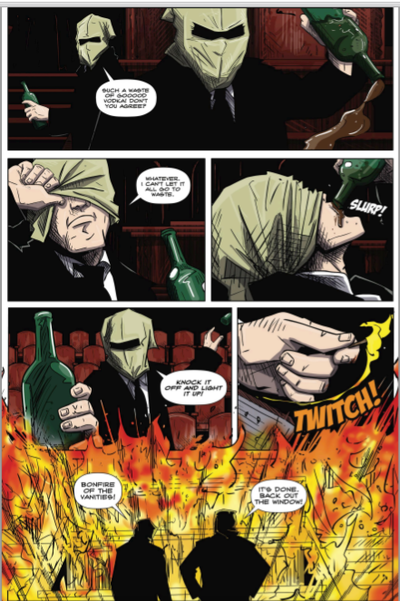 Posted by Bliss on Tap Publishing at 6:19 PM