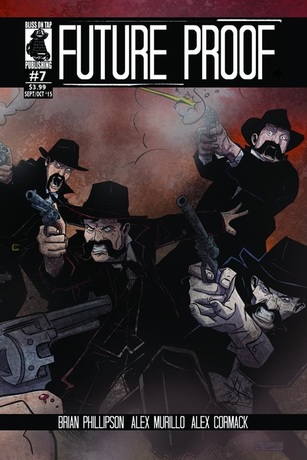 I can’t believe issue 9 is about to hit stands and here I am so far behind on one of my favourite independent books.  This issue we open with the shoot-out at the OK Corral in the Arizona Territory: October 26th 1881.  Alright I have to say it’s pretty interesting to see the boys team up with another pair of agents for a mission.  Even more so since it’s really thanks to Alex that the four look like Earp’s and Doc Holiday even if you can see right away that something is incredibly off by their faces.  Something that doesn’t go unnoticed by their opponents.

Something that is really cool thanks to Alex and Ashley is the whole shoot-out.  Once the guns go blazing seeing the results of the shooting as it happens is utterly fantastic.  Billy’s hand being blown up like it is while not overly gore ridden is incredibly cool looking.  All the blood, violence and killing is handled incredibly tasteful and yet at the same time it’s way over the top gross.  Somehow the combination that shouldn’t work here does.

So we don’t get the details of the mission at this point we don’t need em.  They came back to make sure that things played out the way they should.  Gotta say I’m enjoying seeing them unmask and the technology of their disguises.  Though I have to say Andy and James don’t get much time to further their bromance or showcase the whole comedic duo thing here.  That’s okay though since this issue really goes a bit beyond that in terms of keeping the story more at the forefront.

The Umbrella Man, the infamous guy from the Kennedy assassination gets a chance to take center stage for a bit.  Now he’s the rogue agent if I haven’t forgotten what’s been going on.  This meeting of him and his past self/future self was pretty weird in that should be time paradoxical way that really isn’t.  I do know that it makes me want to see more of him and what he’s up to and why he’s turned out the way he is.  Plus this whole Sing thing and the secrets and lies that we aren’t sure who is telling yeah that’s what i’m looking forward to seeing more of.

So this issue closes out with the boys falling from the sky into Sitting Bull’s strategy session before the Battle at Little Bighorn, Montana: June 24th 1876.  Time hopping to make sure what is supposed to happen does is a dangerous business and the boys who are usually in way over their heads well they’ve certainly landed in it.

Each issue the characterization and story progression gets stronger and stronger and that’s a great thing.  It’s nice to see Brian growing and maturing as a writer like this.  The best way to hone your craft is to do it pure and simple and that we see this kind of growth from him just goes to show that even talent needs practice to get things right.  This really is one of the more fun and interesting books out there and dealing with time travel while usually this massive headache inducing thing here is just a simple tool for the boys to grow up and become who they are supposed to be.

It’s not just the writing that improves it’s also the interior artwork. Again skill isn’t enough it takes practice to hone your craft and I’m totally seeing the results of that here.

In order for the future to be correct these agents need to be in the past to ensure events happen the way they’re supposed to and that’s the best ride of all. 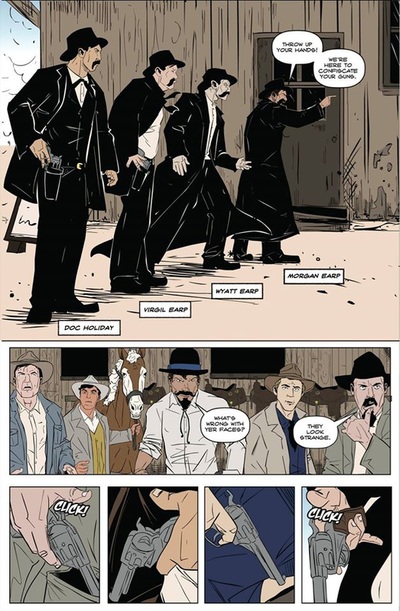 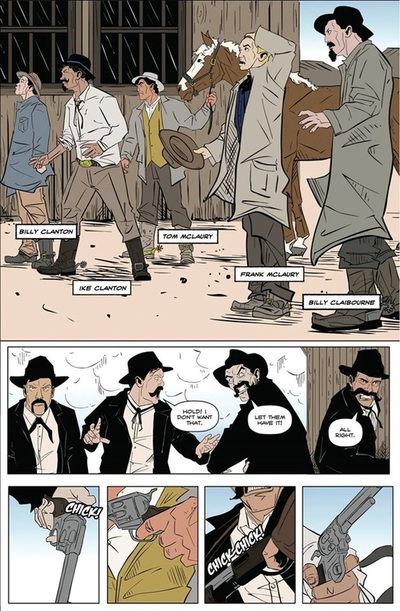 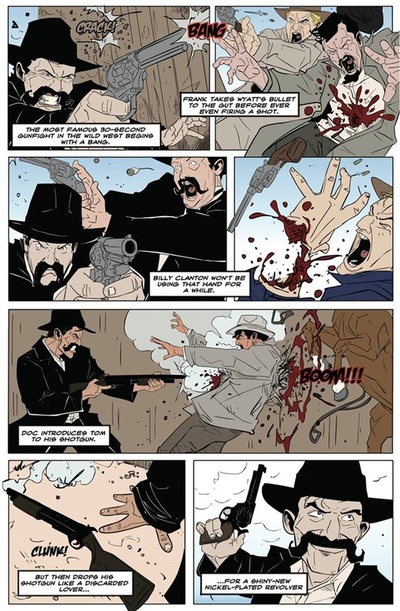 Posted by Bliss on Tap Publishing at 11:29 AM