New review of "Train 8: The Zombie Express" issue #1 by Reading With a Flight Ring 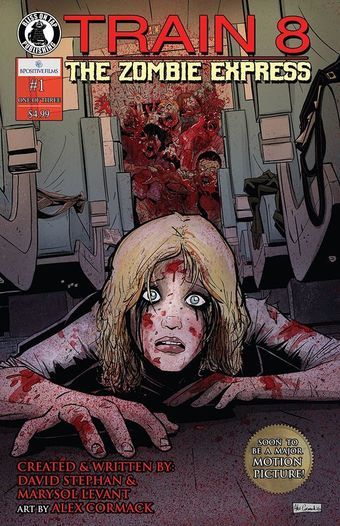 
Train 8, the famous Seattle to Chicago line, becomes ground zero as an experimental GMO virus breaks out on the crowded train during the Thanksgiving holiday, turning any infected passenger into a blood thirsty primordial. The surviving passengers are then left with the moral dilemma of stopping the train to save themselves but also letting the outbreak infect the world or being heroes by keeping the train rolling and suffering the consequences.
I know that the zombie genre is kind of on it’s way out it’s been saturated to death since the Walking Dead debuted still every once in a while something comes along and says the genre isn’t dead yet and for me that’s this story right here. While this may not be “Train to Busan” it does have a nice similarity to it and it’s nice to see that folks have this way of branching out and making something new in the genre. Also the fact that The Empire Builder, the trains name, is a 46 hour trip and that’s with the stops now with at least a day and half until they reach their destination what will the passengers be able to do to stay alive?
As with most stories we need a genesis point. So not too ironically the story starts off at the Genesis Research Unit in Seattle Washington. Well I think that the why and how this starts is pretty darn well conceived. It is completely within the realm of possibility and reality I mean it’s not much of a stretch and scientists are all about being able to genetically modify anything these days. There’s something about playing god and being a mad scientist that researchers seem to be extremely fond of. While this facility didn’t follow protocols the outcome of what we are seeing could be entirely real.
By the way the interiors are extremely well done. With every project Alex continues to grow, hone is craft, go down some new interesting pathways and still keep that signature style he has cultivated. I love the way he’s able to make the train look and feel from the sleek outer shell to the nearly cramped interior he obviously did a little research here. The attention to detail is great and the use of panels with their angles and perspective in the page layouts show how strong his eye for storytelling is. Even the way the backgrounds are used is nice to see it may be subtle at times but it’’s a train after all. Oh and the colour use to denote the violence without gore is exceptional stuff!
It is a great concept to use a train with limited room for movement to use as the centre stage for a zombie epic. There will be a need for fighting and the use of their brains and some will live and some will die it’s the nature of the beast. So this issue sets up the premise and shows how it’s executed, though I do think a certain goes too fast but it’s a three issue series so there are time constraint issues.
The way the book is structured so the flow we see is great and easy to follow. Once the action starts the emotions do too and there’s a certain type of adrenaline rush that comes with the fear in what we see and how we process it. The dialogue is good, strong and shows us the characters personalities nicely. We’ll see and learn more next issue as we get to see the cast in action.
​
Fun, interesting and well executed this could be quite the ride and it is off to one hell of a start! Another book from Bliss On Tap that you need to have proving high quality storytelling is out there to be found! 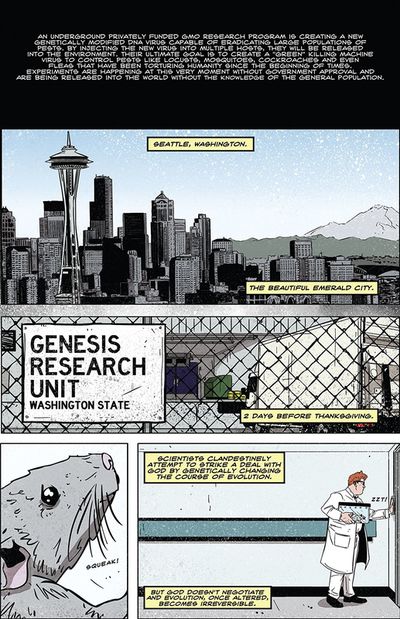 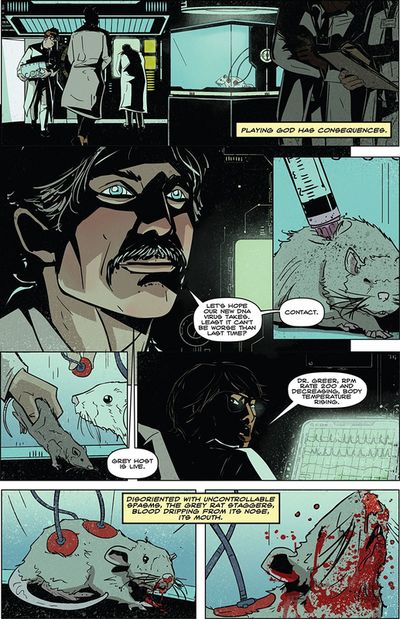 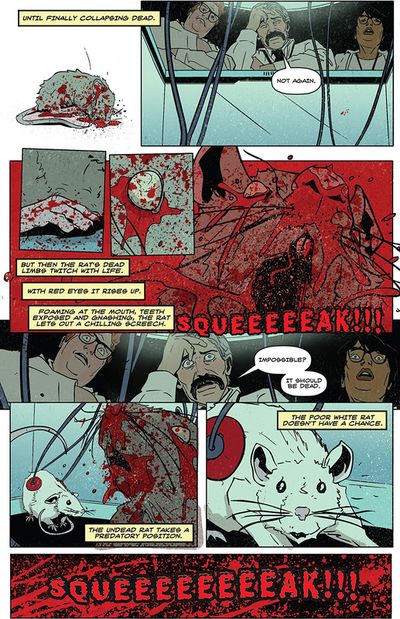 Posted by Bliss on Tap Publishing at 3:25 PM