When the commercials come on during the game, at least you’ll know Jason Bateman is trying to sell you something. 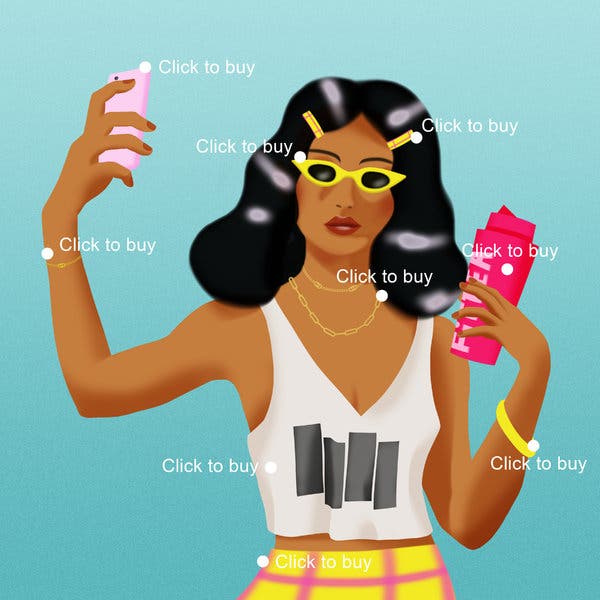 "...Among companies with products to promote and Instagram influencers with themselves to promote, authenticity has become a goal, a thing that people try to reverse engineer either by turning the kid next door into a pitchman — in the case of Johnson & Johnson — or by posting what we’re supposed to believe are unfiltered accounts of their daily lives, like the makeup guru who posts a selfie in her mussed but not messy bed, claiming she “woke up like this.”

“If you’re trying to be authentic, by definition, you’re not authentic — you’re manufacturing your online persona,” said Arianna Margulis, the artist behind the Instagram-based comic strip But Like Maybe(it’s like “Cathy” for millennials and Generation Z). Ms. Margulis says she follows the guidelines laid out by the Federal Trade Commission and discloses when she’s being paid for a post: she’s done advertisements for brands like Harper’s Bazaar, the dating app Hinge and Pizza Hut. But those guidelines aren’t always clear, and a frequently asked questions page on the F.T.C.’s websitepoints to confusion around who qualifies as an influencer and what qualifies as an advertisement.

Take this sample question: “If I post a picture of myself to Instagram and tag the brand of dress I’m wearing, but don’t say anything about the brand in my description of the picture, is that an endorsement? And, even if it is an endorsement, wouldn’t my followers understand that I only tag the brands of my sponsors?” (Short answer: Tagging a brand is an endorsement and may require disclosure. Don’t assume that your followers know anything.)

Ms. Margulis’s line of work has become so sought after that people who are not paid in money, sneakers, or makeup are claiming sponsorships from brands like Nike and Sephora in their posts so as to “fake it ’til they make it” as social media influencers. “They’ll caption a post ‘#sponsored,’ even though they’re not sponsored, to either impress their followers or to impress companies that they want to get paid by,” said Brian Braiker, the editor in chief of the magazine AdAge.....

Posted by Bliss on Tap Publishing at 3:37 PM